OK
Sorry! no images available for this colour!
Sorry, you must select the options in order to add to cart.
This item has been saved to your wishlist.

Close
Added to your bag. 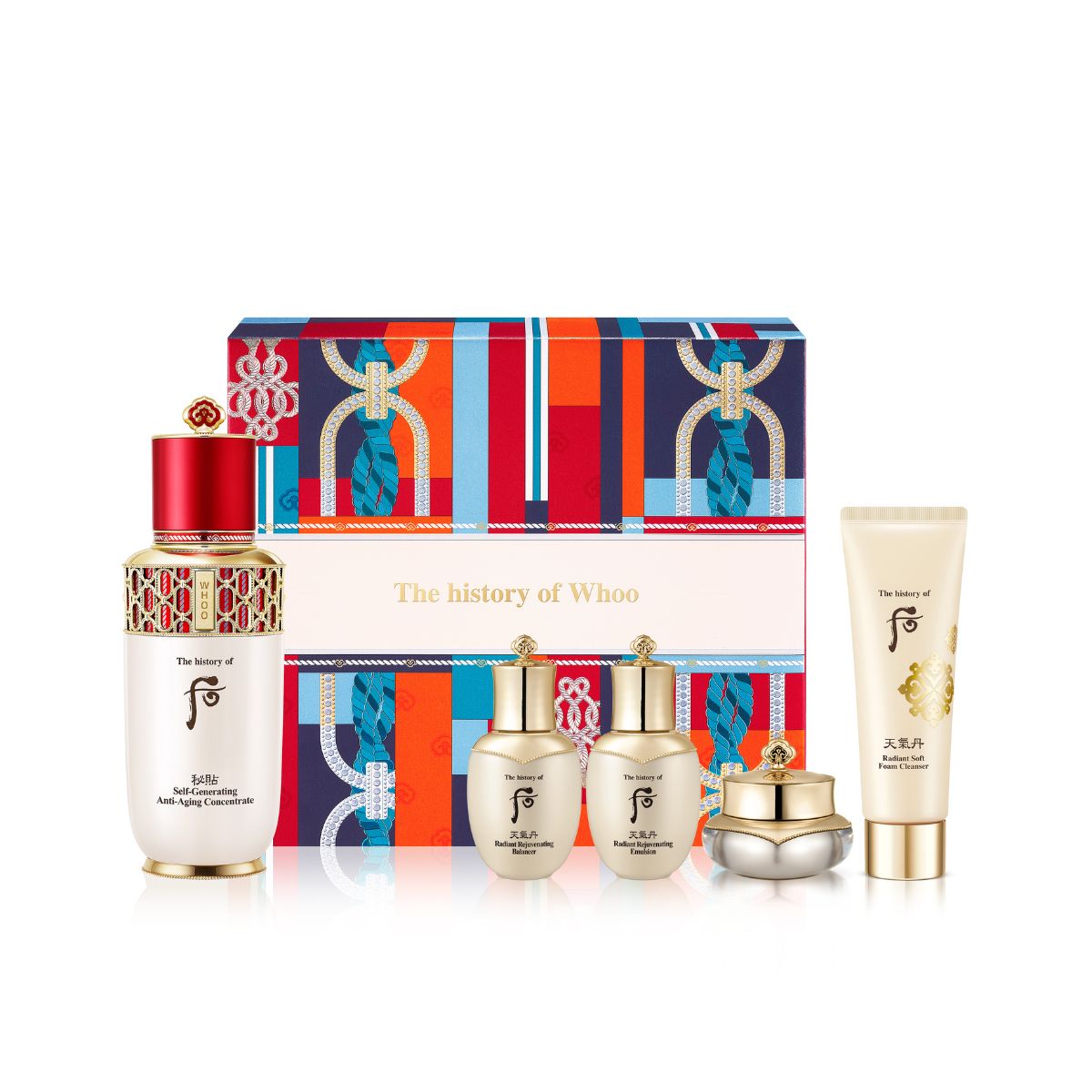 Apply after toner or before applying a lotion and assage lightly to allow for better absorption.

Globally best-seller for its efficacy in easing early and existing signs of aging for ten consecutive years! This version with more advanced formula and fortified key active ingredient—the Jaha Bichup Complex. Containing Cordyceps Militaris, which is known to improve the skin’s regeneration power, the new formula will provide faster and more potent anti-aging effects than the second-generation formula.

The lightweight essence improves skin elasticity by strengthening the skin’s tissues to work on its own healing. Self-regeneration occurs in three stages.

Skin issues are first identified before cells are triggered for repair. At the final stage, the healing process is complete and skin is revitalised.

Anchoring the essence is the brand’s proprietary Gongjinbidan complex, a yin-yang balancing formula present in all of the products. It takes inspiration from an 800-year-old anti-ageing secret concocted for the emperor – it increases “water” energy while decreasing “heat” energy. Gongjinbidan complex complemented by three supporting formulas.
i. Cho Jahabidan is a plant placenta derivative which recognises the skin’s weaknesses and triggers the right cells for repair.
ii. Gyeongoakbidan is a multitasking medicinal herbal formula that protects skin, delays premature ageing and minimises the appearance of pores while adding moisture.
iii. Cheongsimbidan is a medicinal herbal formula once used by the royal courts to accelerate skin detoxification and soothe skin issues. 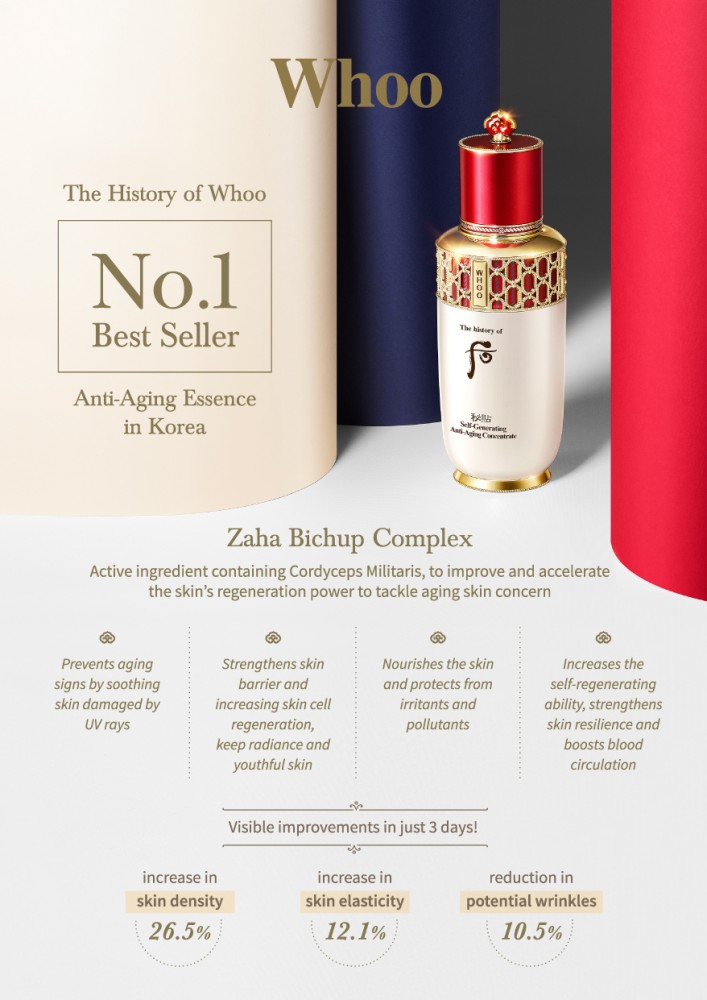 Please email your order details and reason for returns to customerservice@whoo.com.my. Before requesting a return please make sure the products comply with the following conditions, in accordance with our Terms of Sale:

Once we verify the integrity of the items we will accept the return and process the refund. Verifying the items is expected to take 3 to 5 business days.

The refund will be issued as soon as possible after the return has been accepted through the same payment method used for the original purchase. You should see the credit approximately within one week from our refund confirmation email. Exact timing will depend on the different banking procedures.

Reward Point
Earn and Redeem Point!
Reward Points
ign up and become a member to collect our reward points and exclusive rewards will be coming to you soon.

The most precious beauty
secret dedicated to the Empress.